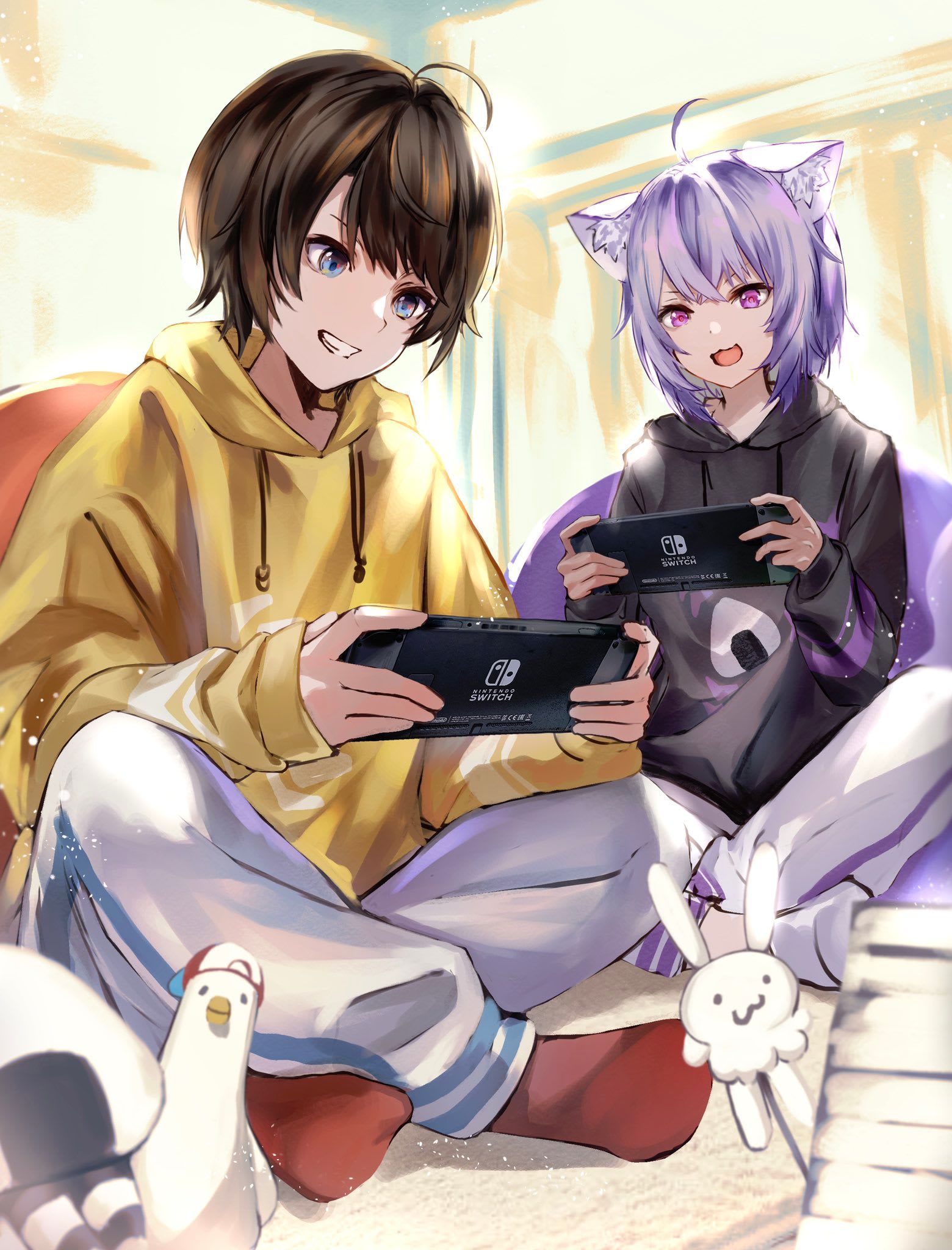 SubaOkaoppi is the hashtag and group name for specifically offline collabs between Subaru and Okayu (SubaOka otherwise). As a member of SMOK, Okayu is one of Subaru's most common collab partners. Okayu's first collab was with Subaru, in which they answered marshmallows.

Subaru and Okayu are extremely good friends, especially off-stream.  Many of Subaru's talking topics involve Okayu, which stands to reason that she may be one of the Hololive members that Subaru spends time with the most.  These stories typically tell of Subaru visiting Okayu's place to hang out, playing games together off-stream (such as Pokemon Unite), or watching anime together (such as Demon Slayer).  Many of these activities also involve the other members of SMOK, such as four-player Stardew Valley, emphasizing their true friendship beyond coworkers.

The two respect each other's content, with Subaru admiring Okayu's knowledge and skill at games and singing ability, and Okayu admiring Subaru's "shonen protagonist spirit" and how entertaining her streams are.

Subaru and Okayu's interactions on stream do not stray from their typical roles with other members. Okayu teases Subaru and plays coy as she typically does to others, while Subaru plays the tsukkomi as usual. The two forces clashing and occasional role reversals create memorable content.

Okayu is an admitted masochist, while Subaru has acknowledged that she has sadistic characteristics. In a hell stream moderated by Mio, Subaru and Okayu tried to make each other laugh or get embarrassed by reciting love lines submitted by viewers.

In the weeks leading up to 2021 and 2022's Holo MarioKart Cup, the two played the game with viewers extensively. The practice sessions essentially become zatsudan streams, and generate a mountain of clips.

The Hololive Retro Games Club is an unofficial club that was created during a lucky lotto bag unboxing stream for retro video games.