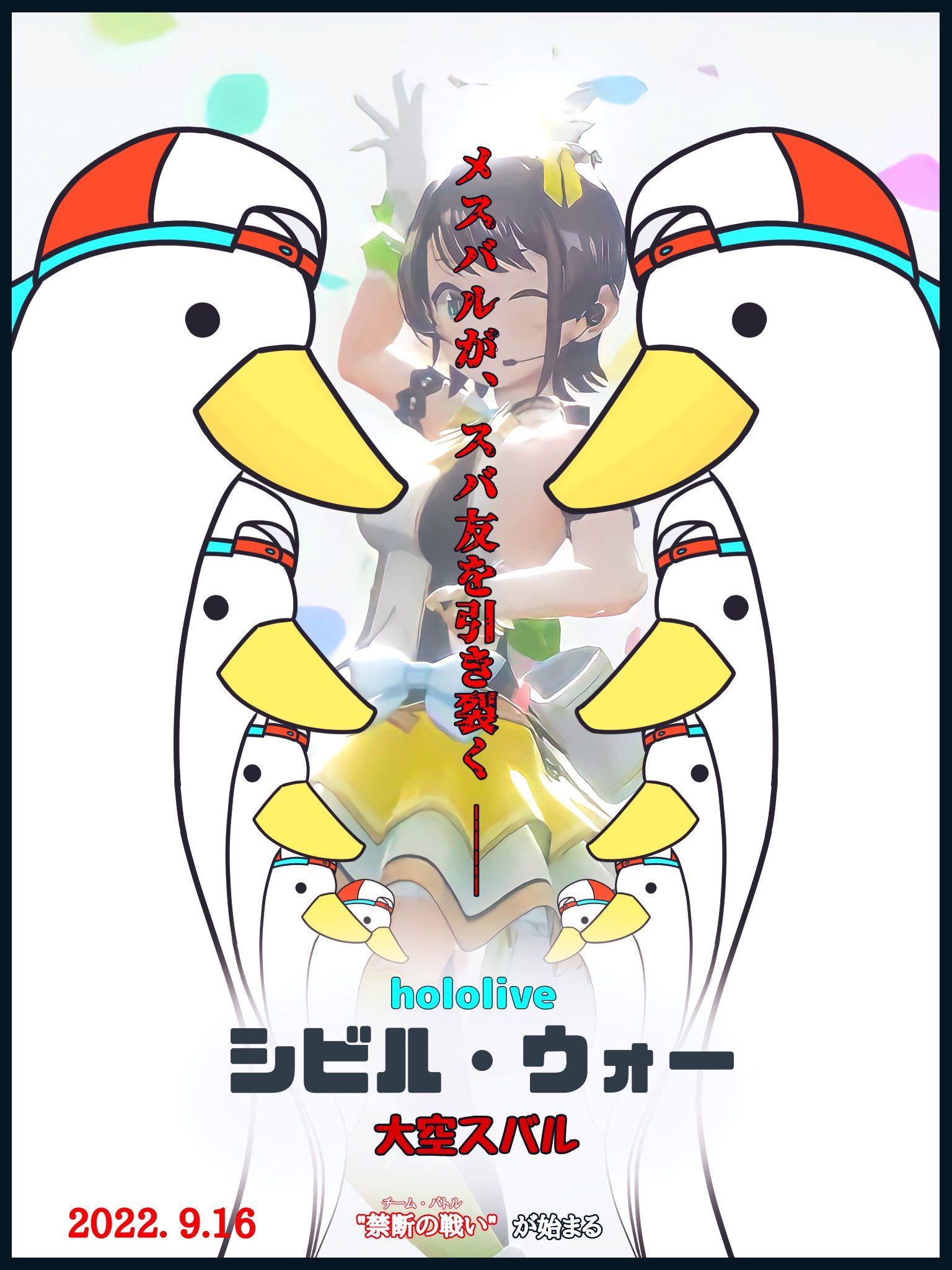 Subaru sometimes refers to this split as the "Skywall," a reference to the wall in Kamen Rider that splits an entire country (also seen as fitting the literal translation of Oozora (大空) to "Big Sky").

Any actual "conflict" is friendly and positive, limited to how loudly fans champion their particular faction, as actually insulting or disparaging any aspect of Subaru is anathema to Subatomos.

Subaru plans to have a stream pitting each faction's responses against certain questions.[1]

Gag/Comedian Subaru: Making jokes or acting as a tsukkomi (straight man) in collabs.

Girly Subaru: Acting cute, embracing her girly side, and speaking in her real ASMR voice.

Subatani: Male persona used in FAMS, and speaking in an ikemen (handsome) voice. 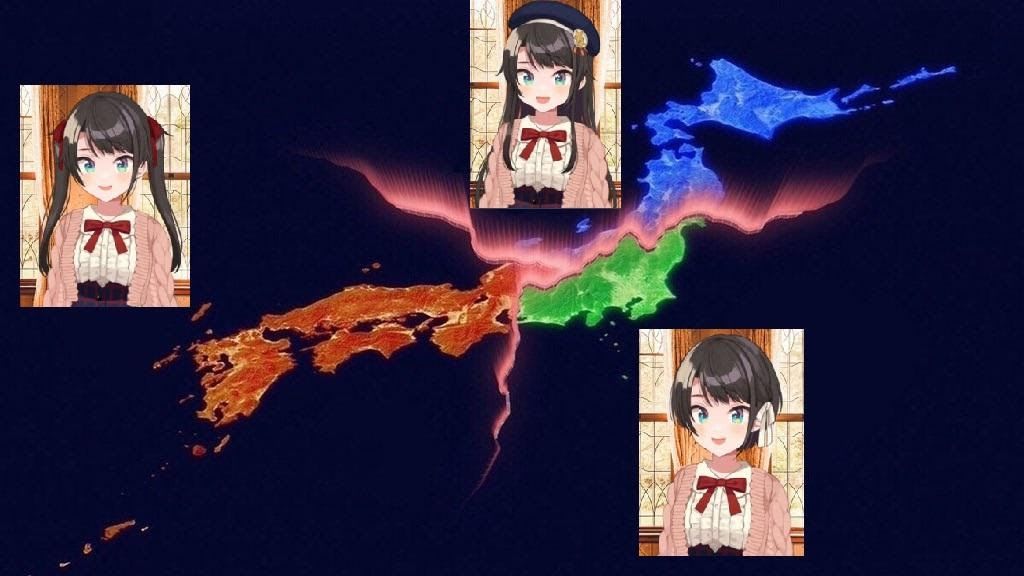 The Skywall representing the divide between hairstyles

Subatomos are also divided over which appearance of Subaru they favor:

Twin Tail Subaru: Shoulder-length twin tails, another new hairstyle acquired with her casual outfit. Both this and Long-Haired Subaru are often associated with Girly Subaru. Objectively the best hairstyle.